Migration of data from other helpdesks to UVdesk

Data import is a vital feature of any system. It enables the user to import the data from any third-party application to their own application. In any helpdesk, data migration is considered one of the important features.

It allows the user to import the data ( like tickets, customers, agents, mailboxes, saved replies, etc ) from one helpdesk to another helpdesk so that the user can manage under one roof.

If the user has a huge number of data in any helpdesk and in any emergency situation, the user needs to switch to another Helpdesk System then the “Data Import” feature saves the say.

So, we can see how the Data Import feature is important for a helpdesk system. 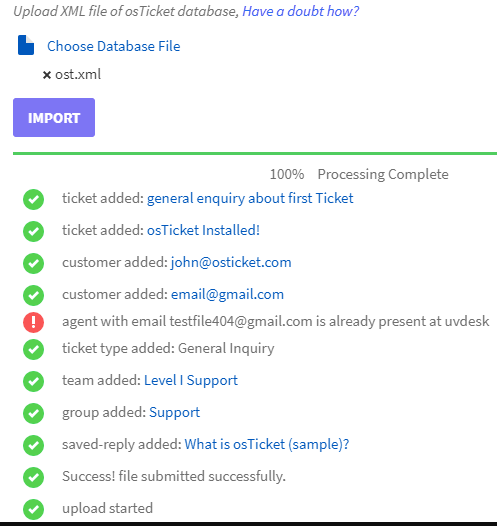 In Individual Resources Import, the user can import Tickets or Customer one by one. The user can export “Tickets” or “Users” from the osTicket Dashboard and then can either select “Tickets” or “Customers” and to import the customer data or ticket data separately. 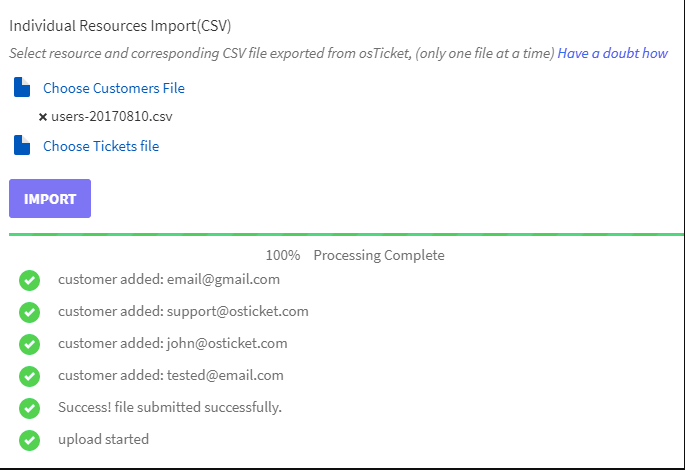 The user can import your Groups, Users & Tickets from Freshdesk to UVdesk. The user would login into their Freshdesk account and then export the XML file from Account Section. They would receive their XML file in the mail.

The user will login to their UVdesk Account and can upload the zip file exported from the Freshdesk Account.  The user can see the progress of the import along with the data which are getting imported in the UVdesk. 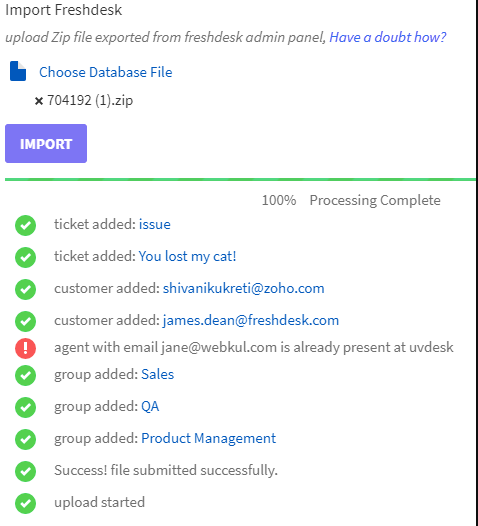 The user can import data like Users, Customers, Mailboxes & Tickets from your Helpscout to UVdesk.  As Helpscout does not provide any zip or XML file for data import. We need API key which is needed for API request (to determine who is requesting data).

Furthermore, After generating the API key, the user needs to login into their UVdesk panel and paste the API key for the data import.

Moreover, In the case of tickets, new tickets are created in the UVdesk at the time of importing from Helpscout. If that ticket is already present in the UVdesk before.

This is all about the Data Import feature of UVdesk Helpdesk System. I hope you liked this article and if you have any doubt then you can mail us at support@uvdesk.com